It was a good birding session overall yesterday. I did the Farmlands all morning and stayed until mid afternoon, before heading off north to bird along the Wandle River, where many are hoping the concentration of warblers will bring in a scarcer bird or two.
60 species observed at the Farmlands, Ebird list here. which included my first Rook of the year. However, the highlight was the pair of Ravens that put on a show, calling and flying around for a good 40 minutes. My favourite pics from the Farmlands:
Ravens below: 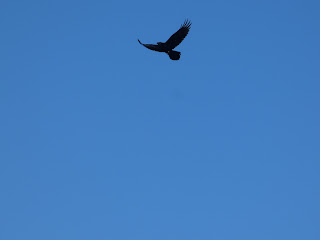 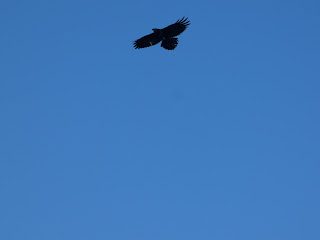 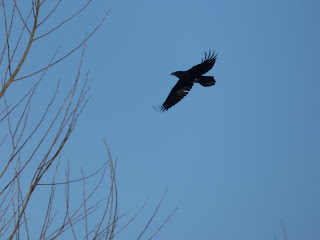 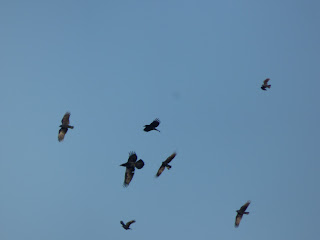 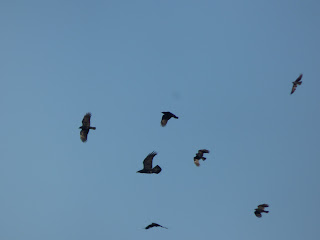 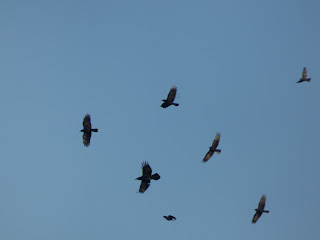 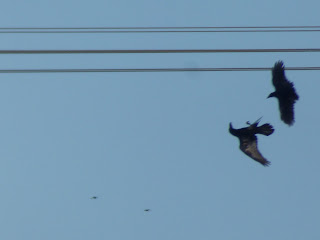 Aerial acrobatics above and below 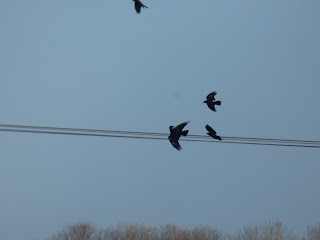 A new 1st winter Caspian Gull made an appearance on the North Lake: 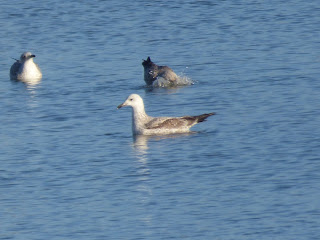 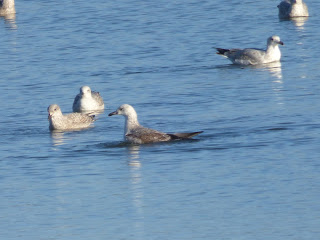 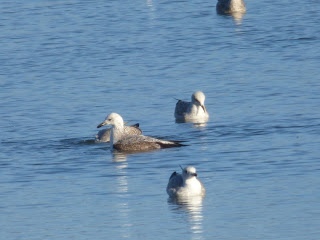 After feeling like we had rinsed the Farmlands enough, Arjun, Dave and I headed off to Poulter Park and Watermeads along the Wandle in the search of some Siberian Chiffchaffs, and also hoping for something even better. The concentration of warblers along this area of the Wandle (and likely other areas too) is amazing and destined to get Surrey's first Dusky Warbler. No scarcer warblers were seen but it was still nice to see all the Chiffchaffs and Goldcrests about. A pair of Ravens (presumably the same as earlier in the day at the Farmlands) flew over south east back towards Beddington. They were a new bird for the Poulter Park Ebird hotspot.
I then met up with Claire Williams and Steve Shimwell at their spot to watch the Little Egret roost at Watermeads. We had 13 Little Egrets last night, but last year I managed to see 21. Steve says he has had even more than that. Ebird lists for Poulter Park and Watermeads here and here.
On the walk home, in the darkness I briefly caught a glimpse of a ghostly Barn Owl at the Farmlands. It was a fantastic way to finish the day!
at January 10, 2022

Zach Pannifer
I am a keen 17 year old birder from Wallington, Surrey, that has always loved the natural world and learning about it. My patch is Beddington Farmlands, but I also bird other local areas. I rely on either public transport or lifts from other birders to go anywhere else further afield.